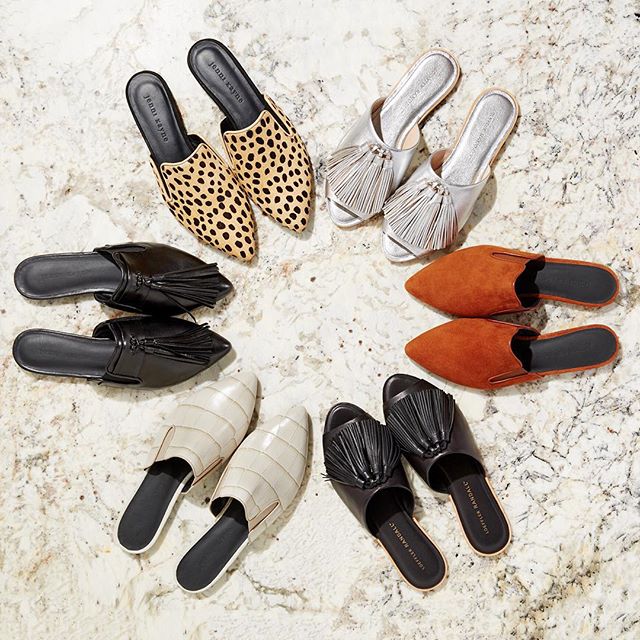 Mules, slides… call them what you will (Shopbop are covering all bases by referring to most of the styles shown above as “mule slides”), they’ve always been the “Marmite” of the shoe world. Like Marmite itself, people tend to either love them or hate them, with not much in between. This season, then, brings either good news or bad news, depending which side you’re on. For those who love their slides, the news is good, because there are a lot of them to choose from, as you can see from the image. As for those who don’t, meanwhile: well, there will still be some other styles around to choose from, so don’t lose hope just yet.

As for me, well, it depends on the shoe in question. I actually really like high-heeled mules, which have gone somewhat out of fashion in recent years. I know a lot of people find them hard to walk in, but I must have gotten lucky, because the pairs I’ve owned have all been really comfortable, and they have a certain old-fashioned glamour to them that I really like. As for the current style of mules, however, which tend to be flat and pointy, well, I’m a little less convinced by those. (Which is my way of saying I AM convinced, and the verdict isn’t a good one.) Don’t get me wrong, I think they can look awesome on other people, and I always seem to see women striding around Pinterest in them, looking effortlessly stylish, without a hair out of place. That’s just not me, though, and this style of shoe isn’t either.

The beauty of fashion, of course, is that there’s something for everyone, so while these probably wouldn’t work for me, that doesn’t mean they won’t be the missing part of someone else’s wardrobe. All of the shoes in the image above are available from Shopbop : happy browsing!